Mercedes-Benz S-Class Coupe will have the largest smart glass roof ever to be put in a production car.

Frankfurt Auto Show – September 10, 2013. Amid a stage full of musicians, ballet dancers and acrobats, Mercedes-Benz unveiled their new S-Class Coupe concept with a large panoramic roof that will offer Research Frontiers’ patented SPD-SmartGlass technology when the production version of the car appears in showrooms next year. Citing their trademark for this innovative feature, Mercedes-Benz’s multimedia presentation of their new S-Class Coupe noted: “For those magic moments – MAGIC BODY and MAGIC SKY CONTROL.”

There will be six variants of the new S-Class, and the S-Class Coupe concept made its debut today at the Frankfurt Auto Show to a standing-room only exhibition hall filled with members of the international automotive and lifestyle press. The MAGIC SKY CONTROL panoramic glass roof on the S-Class Coupe will be the largest SPD-SmartGlass roof put into serial production to date, measuring approximately 1.3 square meters (14 square feet).  The MAGIC SKY CONTROL feature uses patented SPD-SmartGlass technology developed by Research Frontiers Inc. (Nasdaq: REFR) to turn the roof transparent by electrically aligning tiny particles within its glass. With the touch of a button, drivers and passengers can instantly change the tint of their roof to help keep out harsh sunlight and heat, and create an open-air feeling even when the sunroof is closed. Glass or plastic using Research Frontiers’ patented SPD-SmartGlass technology effectively blocks UV and infrared rays in either mode, helping keep the cabin cooler, and protecting passengers and interiors.

Joseph M. Harary, President and CEO of Research Frontiers, noted after Daimler’s press conference: “The new Mercedes-Benz S-Class promises to be the most technologically advanced vehicle in the market in terms of luxury, technology, comfort and safety. With features such as autonomous driving, adaptive suspension which actively counteracting road bumps, and an interior that offers the utmost in comfort and technological features, the inclusion of the MAGIC SKY CONTROL panoramic roof will make this the ultimate luxury sedan for the car owner who wants the best of everything.”

Mr. Harary had noted earlier that the surface area of the panoramic roof on the S-Class using SPD-SmartGlass technology is approximately three times the size of the roof glass used on the current SLK and SL roadster, and third-party market forecasters estimate that the total vehicle production volumes for the S-Class will be higher than the SLK and SL roadsters combined. Because of these high production volumes, greater surface area per vehicle, and the anticipated high take rates for this option by S-Class buyers, Research Frontiers believes that the addition of the S-Class next year to the two other Mercedes car models currently using SPD-SmartGlass technology should result in significantly higher royalty income to Research Frontiers from the automotive market starting next year. The addition of this new car model is also significant since it applies Research Frontiers’ SPD-Smart light-control technology to the broader class of vehicles by moving beyond roadsters to now also be in the broader category of passenger sedans and coupes. Mercedes also noted at today’s press conference that technology introduced in their new S-Class is expected to also provide more safety, comfort and efficiency in other vehicles as well.

Mercedes-Benz put the MAGIC SKY CONTROL roof using SPD-SmartGlass technology through rigorous durability and performance testing in some of the most extreme conditions on Earth. This included testing in the arctic cold of Scandinavia (with temperatures below -22ºF/-30ºC) and the blistering desert heat of Death Valley, California (with temperatures exceeding 122ºF/50ºC). The MAGIC SKY CONTROL feature using patented SPD-Smart light-control technology allows drivers many benefits including the ability to create the open-air feeling of a roadster. It also blocks over 99% of harmful UV radiation and substantially reduces heat inside the vehicle. Test data published by Mercedes-Benz shows the ability of the roof to reduce sun exposure to 1/20th of direct exposure levels (from over 1,000 watts/square meter to less than 50 watts/square meter). When compared to conventional automotive glass, Mercedes-Benz reported that the use of SPD-SmartGlass significantly reduces the temperature inside the vehicle by up to 18ºF/10ºC. This increases passenger comfort and reduces air conditioning loads, thereby saving fuel and reducing CO2 emissions. 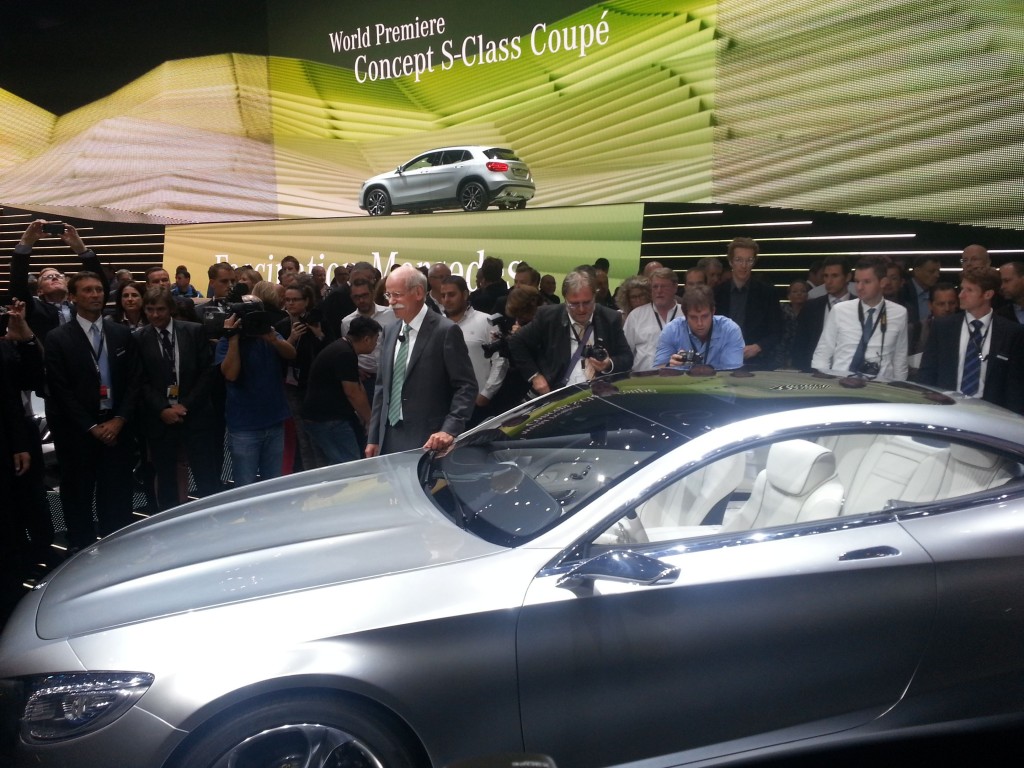 Research Frontiers is the developer of SPD-Smart light-control technology which allows users to instantly, precisely and uniformly control the shading of glass or plastic, either manually or automatically. Research Frontiers has built an infrastructure of over 40 licensed companies that collectively are capable of serving the growing global demand for smart glass products in automobiles, homes, buildings, museums, aircraft and boats. For more information, please visit our website at www.SmartGlass.com.